Creativity is an imperative that aggressively structures postindustrial societies. Media, entertainment, design, architecture, consulting, public relations and research are creative industries in the narrower sense, but creativity is also a key concept for self-fashioning in social networks, lonely hearts ads or job applications. Theoretical conceptions of universal creativity, ranging from “aesthetic regime“ and “aesthetic capitalism” to a “dispositif of creativity”, all interpret it as an expansion of aesthetic practices and preferences to non-aesthetic areas of life. This interpretation poses three main challenges to the Humanities: to identify these practices, to contextualize them historically, and to establish creativity as an object of theory.

The “Creativity and Genius” research group takes up these challenges. Its point of departure is the observation that discourse on creativity of the 20th century relies on rhetorical strategies and poetic techniques first established in the 18th century on the aesthetics of genius. In both historical conceptualizations, creative potential exhibits the same striking contradiction: it describes, on the one hand, a superlative of extraordinary, singular individuality, while on the other hand, a universally accessible resource. The research group aims to establish a pioneering link between literary scholarship on genius and interdisciplinary research on creativity. Its central question: How could the marginal, if admired, figure of the poetic genius become a paradigm for entire branches of commerce and an obliging standard for personal self-fashioning? We will search for answers not with regard to historical meanings of creativity and its synonyms, but in the constant poetic structures that shape the discourses on creative potentials, and in the social functions they serve.

The “Creativity and Genius” Junior Research Group is funded by the Elite Network of Bavaria. It is located at the Ludwig-Maximilians-Universität in Munich, in close cooperation with the International Doctoral Program MIMESIS. 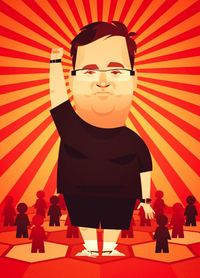